Linda Vaughn, the legendary motorsports ambassador and preeminent race queen who has endeared herself to millions as the undisputed “First Lady of Motorsports” for more than half a century was honored at the inaugural “National Linda Vaughn Day” celebration at the Motorsports Hall of America (MSHFA) on September 19.

Vaughn was the guest of honor at the Hall for an evening of fun, food, beverages, music, memories, laughter, surprises and birthday cake in recognition of her 80th birthday last month. The 2019 MSHFA inductee’s friends, family and celebrities of the racing world turned out en masse for the memorable evening.

Perhaps Ganassi summed up Vaughn’s contributions to motorsports best when he said, “What other person exemplifies what motorsports is all about more than Linda Vaughn? Nobody! She brings people together, car companies together, families together, men and women together.

“Linda has introduced more women to motorsports than anybody I know,” Ganassi continued. “What a great leader she has been over the years. She is an example for all of us on how to treat people and how to be a participant in motorsports at a high level. Happy Birthday, my Dear, a big hug and a kiss, and hello to all of our motorsports friends.”

Helton welcomed Vaughn back to Daytona and shared his thoughts on her many motorsports contributions.

“Linda has blazed a lot of trails over the years,” Helton said. “Yet she is the most intelligent and ladylike person you could ever meet. The funny thing about it, after all of these years, the wives love Linda more than the husbands do, and that tells you a lot. I am just honored to be here to say, ‘Happy Birthday’ to you. I will be here when you celebrate your 100th—I hope—and I welcome you every chance I get to say ‘Hello to you, I love you, and once again, happy birthday.'”

“I can’t improve on what Chip, Mike and others have said about Linda’s contributions to motorsports and to American life in general,” said MSHFA President George Levy. “But I can say that we look forward to National Linda Vaughn Day as an ongoing annual celebration of The First Lady of Motorsports, and encourage her many friends and fans to share their best wishes now at ThanksLinda@mshf.com—we’ll make sure she sees them.”

A high point of the evening came when Christi Edelbrock, granddaughter of inductee Vic Edelbrock Sr. (MSHFA Class of 2012) presented Vaughn with a check for $150,000 to kick off the “Linda Vaughn SPARK Fund.” An MSHFA program, SPARK (Students Preserving American Racing Knowledge) introduces high school, trade school and college-age kids to careers in motorsports. The Edelbrock family has been a dedicated supporter of SPARK, which has grown significantly since its introduction last year, and wanted to name the fund forever in Vaughn’s honor.

Another high point came when Vaughn’s fellow 2019 inductee Stewart unveiled his freshly restored 2011 World of Outlaws Sprint Car as a “birthday gift” for Linda, who wanted to see that category of racing exhibited in the Hall of Fame. It’s the car in which the supremely versatile 1997 IndyCar champion and three-time NASCAR Cup Series champ scored his first World of Outlaws victory.

The proclamation of National Linda Vaughn Day reads in part: “In recognition and profound appreciation of Distinguished Service By Linda Vaughn. Duly registered on September 19, 2022. Whereas, aka ‘Miss Hurst Golden Shifter,’ aka ‘The First Lady of Motorsports,’ has served the motorsports community throughout her career… .”

The last word should go to the honoree herself:

“One of the highlights of my life,” Vaughn said. “I thank you all for your respect and, most of all, your love.”

* The landmark 35th MSHFA Induction Ceremony Presented by Toyota Racing returns to the Shores Resort & Spa where the nine Class of 2023 honorees, including Gwynn, will be formally brought into the Hall on Tuesday, March 7, 2023. The traditional black-tie gala is the crowning event of a two-day, multi-function MSHFA Induction Celebration in the Hall’s home of Daytona Beach, Florida. 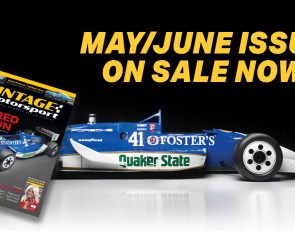 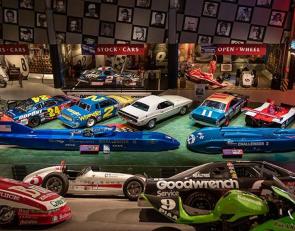