Vintage Indy has 22 historic machines scheduled to appear on track and in the paddock the M1 Concourse’s American Speed Festival, Sept. 29-Oct. 2.

The American Speed Festival presented by Comerica Bank takes place at the 87-acre M1 Concourse located in Pontiac, Michigan—right in the Motor City (Detroit) back yard, and will feature some of the most renowned brands in automotive performance history—including the Vintage Indy machines. The event will spotlight the legendary Shelby American brand, renowned for 60 years of performance and racing success, which includes the 1967 LeMans victory which starred American legends Dan Gurney and AJ Foyt driving the Ford Mk IV.

** A sad note from Lashmett this morning noting the death of former IndyCar driver Skip Hedrich: “Skip was just with us at St. Louis in his newly restored Herb Porter-built Ebb Rose Offy Laydown,” wrote the Vintage Indy president. “He competed with all the greats in the early 1960s—and this old Motor Trend article tells his story well.” 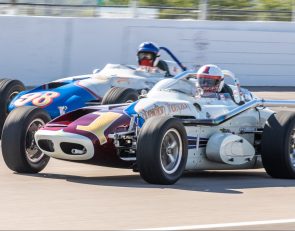 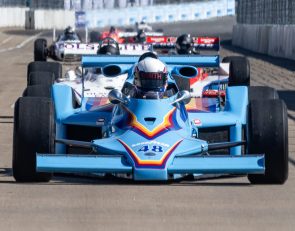