David Porter and Danny Baker were the standouts in an action-packed weekend in upstate New York—double winners in the Masters Historic race weekend at Watkins Glen. The early summer event featured all three Masters USA grids plus a solid turnout of fans who enjoyed seeing a variety of stunning vintage race cars up-close.

The race weekend was held on three sunny days that each preceded evening festivities at the largest gathering of oenophiles—the Finger Lakes Wine Festival—so when the racing was done, it was wine and bubbly for all, not just for the drivers on the podium.

Masters Racing Legends
In the two Masters Racing Legends races for 1966-1985 Formula 1 cars, Race 1 winner Jamie Constable looked very likely to join Porter and Baker as a double overall winner, before a broken wing on his Tyrrell 011B left Jonathan Holtzman to pick up the Race 2 spoils spoils in his Lotus 87B.

In the lower classes, Jim Devenport (ORECA-Nissan 03), Will Lin (Ligier-Nissan JSP3-15) and Pierce Marshall (Corvette C7.R) all cashed in on double wins.

Masters Formula Atlantic Plus
Danny Baker performed similar duties in both Formula Atlantic races: Each time his Ralt RT1 left its opponents well behind. The similar RT1 of Howard Katz was the runner-up on Saturday, while Kyle Buxton took second on Sunday with his March 77B.

Although Baker led almost every lap of the Masters Formula Atlantic Plus races, Buxton came around first on the Race 2 opening tour to lead a single lap before giving way to the potent weekend double winner.

The Master Historics team was quick to thank the Watkins Glen International personnel plus all drivers, fans and marshals for a great race weekend.

For expanded race reports, photos and complete results from The Glen, click HERE.

* The Masters action now moves over to the UK and European continent for a busy summer of historic racing as the US schedule enjoys a slight pause. This weekend’s Historic Grand Prix at Zandvoort (July 15-17) will be followed by the Oulton Park Gold Cup (July 29-31), the Oldtimer Grand Prix at the Nürburgring (Aug. 12-14) and the Classic at Silverstone (Aug. 26-28).

The Masters US Tour will recommences at the Indianapolis Motor Speedway (Sept. 30-Oct. 2) before serving as the support race at the F1 Aramaic USGP at COTA. 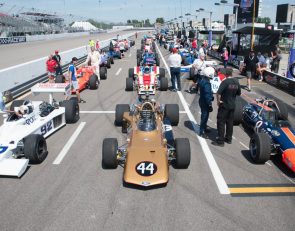 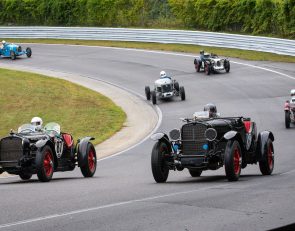