A jaw-dropping 100-point 1932 Chrysler Imperial LeBaron CL earned Best of Show honors at the 66th annual Hillsborough (Calif.) Concours d’Elegance, held Sunday at the popular Crystal Springs Golf Course. Showcasing excellence in automotive design and engineering, the event was highlighted by the display of more than 200 vintage and classic cars and motorcycles.

“This year’s Concours showcased perhaps the most eclectic mix of cars that we have ever offered our guests,” said Concours Chairman Glen Egan. “This presentation demonstrated truly exceptional and distinctive design combined with precedent-setting engineering.  The 1932 Chrysler Imperial LeBaron CL is a perfect example of those characteristics and great selection for our most coveted honor.”

Chosen by a panel of judges from the international collector car world, the Best of Show winner is one of only six known to be in existence, according to owners Lorenzo and Susan Nannini of Colma, California. “This award is especially significant for us, as it follows a meticulous two-year restoration,” said Mr. Nannini. “We are deeply honored that Hillsborough judges selected [our] Chrysler, given the stunning cars that were on display.”

Highlights of the show included a salute to historic Route 66, special displays honoring the 75th anniversary of Ferrari and the 60th anniversary of Shelby American. A total of 20 judged “Automobiles of Distinction” classes featured a cross section of hot rods and muscle cars, imports and motorcycles.

Partnering with the Town of Hillsborough, the all-volunteer Hillsborough Concours Foundation organizes  this annual sell-out event and raises proceeds for AbilityPath, The Guardsmen and the Hillsborough Schools Foundation.

For more information on previous and future events, click HERE. 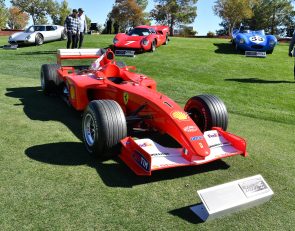 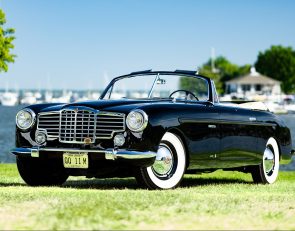 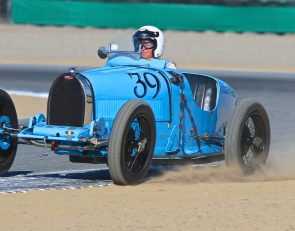