A first-ever gathering of more than 12 Chevrolet Corvette concept cars will be on display this Labor Day weekend as part of the Lime Rock Park Historic Festival (Sept. 1-5) in 2022.

Designed to tease the future styling direction for the American icon, these one-of-one, hand-made Corvettes each represent what the future could have held, and in many cases, what actually became that future. The unique assembly at Lime Rock Park will include examples from the GM Heritage Center, Indianapolis Motor Speedway Museum, and private collections.

In addition to the concept cars, a compelling collection of competition and production cars will also be part of the display.

“Through now eight generations, Corvette has been a leader in design and engineering,” said Phil Zak, Executive Design Director Global Chevrolet. “This extensive display of Corvette history will highlight the wide variety of ideas and innovations leading up the current mid-engine C8.”

The Historic Festival 40 launches on Thursday evening with the Vintage Race Car and Sports Car Parade, winding through 17 miles of picturesque two-lane roads surrounding Lime Rock Park. Friday, Saturday and Monday will stage an active schedule of practice and on track competition and will feature the return of the Historic Trans Am class to Lime Rock Park. 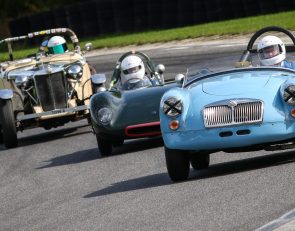 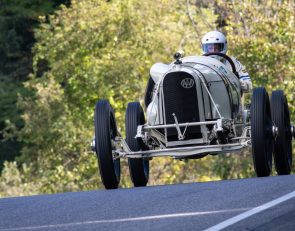