Videos: The Special Occupants of the Shelby American Museum

Videos: The Special Occupants of the Shelby American Museum

If you haven’t already visited the Shelby American Museum (featured in our 2009 Sept/Oct issue), let this serve as yet another reminder that it is an experience that really should be on the must-see list if you ever find yourself in the Denver area. The collection of one-of-one cars and memorabilia housed there is staggering, and it serves as a great way to experience the essence of all things Shelby American.

The Petersen Automotive Museum recently produced a number of videos showcasing the Boulder museum for their YouTube channel as part of their ongoing Global Garages series. The videos include a 13-minute tour of the entire vehicle collection.

Followed by that are deep dives into the Ford GT40 MK II (chassis P/1015) that Ken Miles drove to victory at the 1966 24 Hours of Daytona and a controversial second at that year’s 24 Hours of Le Mans,

the unrestored and preserved Shelby Cobra CSX2345, that was one of five 289 FIA roadsters built and the one in which Bob Bondurant drove to a World Manufacturers Championship in 1965,

and lastly the Shelby Cobra Daytona Coupe CSX2299, one of six built and winner at Daytona, Sebring and Le Mans.

Quite a remarkable collection and an experience that essential to understanding the spirit of Shelby American and the great Carroll Shelby. 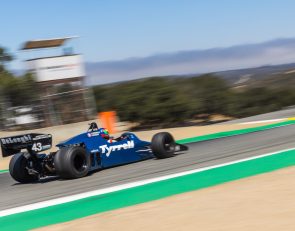