Masters USA’s 2022 North American calendar shows a mix of familiar venues and new race events, including first time visits for Masters to the Indianapolis Motor Speedway, the Belle Isle track in Detroit as well as a welcome return to the glorious Canadian Tire Motorsport Park. Meanwhile, Masters US racers will get to feast on traditional favorites such as Watkins Glen, WeatherTech Raceway Laguna Seca and Circuit of the Americas.

Masters USA will continue with its three series in the new 2022 season, offering great track time for its Historic Formula 1 and Endurance Legends events as well as its latest addition, Formula Atlantic Plus.

The 2022 Masters USA season will kick off April 1-3 at California’s WeatherTech Raceway Laguna Seca for the First Orion Monterey Motorsport Celebration organized by GT Celebration. In June, the series heads to Detroit where Masters Endurance Legends USA will stage a support race to the IndyCar, Indy Lights and IMSA feature races at Belle Isle.

This will be the last race weekend at the park track before the event moves to a new downtown street circuit in 2023, so it’s a one-time opportunity to race a period IMSA sportscar on this amazing track in the land of GM and the birthplace of the Corvette.

Next up is a July doubleheader for all three series on two North American road circuits famous for their F1 Grands Prix of the 1970s—first the Sports Car Grand Prix at the Canadian Tire Motorsport Park (nee Mosport) followed a week later by the Masters Historic Race Weekend at Watkins Glen.

Masters USA is returning to Canada for the first time since 2017, a revisit that will be especially poignant to the Formula Atlantic Plus teams, with the echoes of the late Gilles Villeneuve starring in 1976-’77. But both F1 and sportscars have a storied history at the challenging Ontario-province track as well.

At Watkins Glen, Masters USA will partner with the Finger Lakes Wine Festival to offer a mix of racing in the morning and socializing in the afternoon as, for the first time, the CLASH Watkins Glen triathlon will finish at the race track.

In September, Masters USA returns to the Circuit Of The Americas after a two-year break, joining GT Celebration with all three U.S. run groups at this stunning FIA Grade 1 track. Later that month, joining the Yokohama Drivers Cup USA promoted by Competent Motorsport, Masters USA adds the Indianapolis Motor Speedway road course as a new addition to its calendar—a chance to tick this famous circuit off the bucket list. 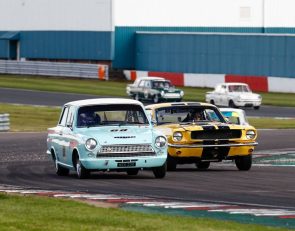 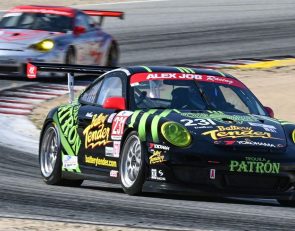 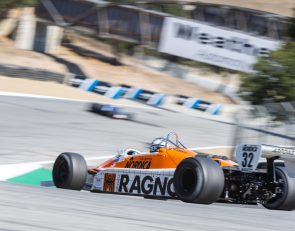