Gooding & Company returns to Florida for its 12th annual Amelia Island Auction with a lineup of star cars, including a 1959 Porsche 718 RSK and other key selections from the German marque. The auction will take place on Friday, March 4, 2022, ahead of the weekend’s Concours d’Elegance.

“Over the past decade, Gooding & Company has sold many significant Porsches at our Amelia Island Auction and we are excited to continue this tradition into 2022,” said Gooding & Company Senior Specialist, David Brynan. “These cars represent the bookends of Porsche history and have never before been presented at auction. The RSK is a fantastic four-cam Spyder which has been in single family ownership for decades, while the Carrera RS 3.8 and Carrera GT represent the very best of the modern era.”

One of the most iconic and influential Porsches of all time, the 718 RSK was developed to be the ultimate lightweight sports racing car when introduced in 1957. Replacing the then-dominant Porsche 550A, the new four-cam Spyder, named the 718 RSK, emphasized innovation. The RSK featured faired-in headlamps and a far more aerodynamic body than its predecessor, along with a revised chassis and suspension setup.

The 1959 Porsche 718 RSK presented here, chassis 718-018, is an exceptional offering from long-term family ownership with a proven racing history. It was purchased new by California privateer racer and Porsche-Volkswagen dealer Emile Pardee, and campaigned successfully in various SCCA events. Later, the car made its way to the East Coast and the consignor’s father purchased it in 1970 from a physician in South Carolina.

Chassis 718-018 has been with the consignor’s family ever since, remaining in static storage until 2014, when it underwent a painstakingly complete, photo-documented restoration over the course of four years by noted Porsche four-cam specialist Ray Morgan of Vintage Motorcar Restorations in Jasper, Georgia.

Select additional Porsches to be auctioned on March 4 include: 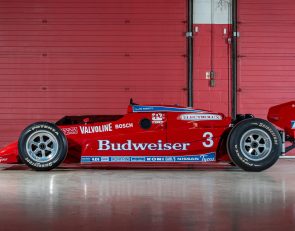