The Jan/Feb 2022 Vintage Motorsport issue is in the mail to subscribers and if you are a subscriber, thank you! It’s also headed to newsstands at Barnes & Noble bookstores nationwide. If you’re not a subscriber, you can go to VintageMotorsport.com/Subscribe or call 877-425-4103. Single copies can be purchased at our online store here. We kick off Vintage Motorsport’s 40th year of publishing with an issue not to be missed…

Once upon a time in a land called Lancia, there was the brilliant D50 Formula 1 machine, very advanced for 1955 with many advantages over rival Mercedes’ W196. In 1956 Juan Manuel Fangio won the Formula 1 World titles in the D50A model Lancia-Ferrari V8s derived from this design. Only two original D50s have survived. Our cover/Salon car from the Revs Institute is a remade chassis and body with preserved original V8 engine, transaxle and other period components. And check out Peter Harholdt’s fantastic photography (www.peterharholdt.com) in this beautiful layout. A fantastic story!

Our My Favorite Race feature moves over to the motorcycle side of motorsport, this time 3-time World Champion and 2-time AMA Grand National Champion Kenny Roberts Sr. telling us about his incredible come-from-behind by inches win at the 1975 Indianapolis Mile riding the ferocious Yamaha TZ750 flat tracker, a machine that was soon banned by the AMA. What a race, what a machine and what a rider!

Although he dreamed of becoming a professional golfer, Porsche racing legend John Fitzpatrick’s 17th birthday gift from his father headed him in a completely different direction. Read about his stellar racing career in this excellent interview, and his love for the Porsche 956 that preceded the 962.

It’s fast, stable, forgiving and very predictable, and it looks like several million bucks. That’s the legendary Ferrari GTO, and in our feature, “Hot and Noisy,” we learn about the GTO’s hat trick of championships from 1962-’64 that created the heritage and aura that is the GTO today.

Imagine owing a vehicle for six decades, but especially if that car is a 1958 Porsche Speedster, a 4-cam Carrera GS. Driven and raced since the early 1960s, and still being enjoyed by owner Dick Weiss to this day…don’t miss reading this heart-warming story.

In Straight Line Fever, we visit the late Randy Haapala’s Drag Racing Museum, the West Coast’s largest private collection devoted to the sport. With 17 Funny Cars, 187 famous driver suits, display engines driver helmets and more than 1,000 diecast model cars, you don’t have to be a drag racing fan to appreciate what is here.

As fall events wound down on the calendar, we made sure to cover the Hagerty Greenwich Concours, CSRG’s 18th annual Charity Challenge at Sonoma Raceway, WeatherTech Raceway’s Velocity Invitational, HSR’s Classic 24 and Daytona Historics at Daytona along with the American Speed Festival at the M1 Concourse in Michigan. 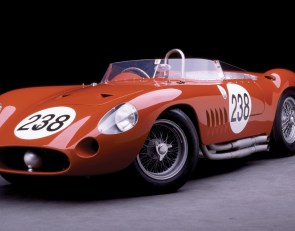 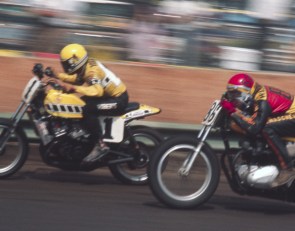 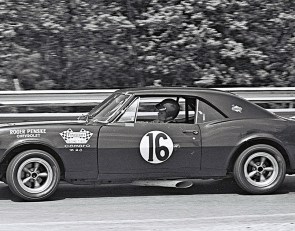