One of vintage racing’s most talented, disciplined and successful drivers took the checkered flag on August 29, 2021.

Jack Cassingham was born and raised in San Jose, and as a teenager lived the California lifestyle to the fullest. He built his first hot rod, a Navy Blue 1940 Ford, while in high school with money he earned on his paper route and a job at the grocery store.

As a 19-year-old he met an attractive brunette, Mary Lou Yglesias, and three years later they were married.

Jack lived the life of a Top Gun pilot, both in and out of the cockpit. (Top Gun was his FAVORITE movie, BTW, and he watched it numerous times.) As an eight-year pilot for the Marine Corps, Second Lieutenant Cassingham flew a Crusader F-8 fighter jet in Japan and Vietnam. Once, while on a training flight, Jack and another pilot each flew their F-8s at full throttle deep into the Grand Canyon, just feet above the Colorado River. Fortunately, the two never got caught.

After leaving the Marines in the mid-1960s, he began a career as a commercial pilot. The young family picked up and moved from California to Dallas when Braniff Airlines offered him a pilot position. When Braniff folded, the family relocated again to Lake Norman, near Charlotte, North Carolina in 1983, to work for Piedmont Airlines, then US Air. They remained in their beloved lakefront home for nearly 40 years. Because of airline regulations, Jack was required to retire at age 60, even though both physically and mentally he more closely resembled a 40-year-old.

The airline industry’s loss, though, was vintage racing’s gain, as Jack jumped headfirst into a new passion that would consume the next 20 years. He co-drove his first race in 1996, became  Rookie of the Year 12-months later and won SVRA Driver of the Year honors in 2006. Jack’s bright-yellow MG Midget was superbly prepared and often driven at the front of the Group 1 field. Jack and Mary Lou’s motorhome was a familiar sight in vintage racing paddocks throughout the East Coast until he hung up his helmet a few years ago.

Going back to his roots, Jack built two more hot rods in his Lake Norman, N.C., garage: a 1935 Chevy sedan and a Ford Model A roadster.

Jack is survived by Mary Lou, his wife of 63 years, three daughters — Jill, Robin and Karen — and 5 grandchildren.

Donations in Jack’s name may be made to his daughters Jill’s and Robin’s favorite animal rescue causes: mynextpet.com or adoptocpets.com

One wonderful footnote: Jack’s #1 crew member for many years, grandson Devin Duckworth — who shadowed Jack in the paddock from the time he could walk — recently tracked down and purchased the yellow MG Midget Jack built and raced for so many years. Devin’s intention is to begin racing his grandfather’s car again soon. 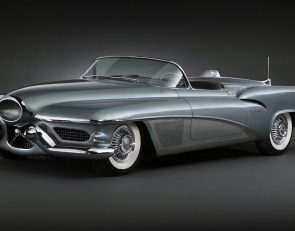 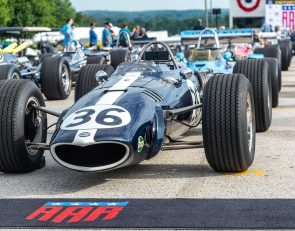