After a wet Sunday, picture-perfect Monday weather was the perfect way to wind up activity at Lime Rock Park as the 39th Historic Festival raced to a conclusion on Monday.

Paddins Dowling topped the timesheet for both Monday races in his 1934 ERA R2A. Photo: Bill Stoler

As their Labor Day weekend came to a close under sunny skies, the fans, vendors, and racers packed up to head home with a new chapter of memories from an event that will celebrate its 40th edition in 2022.

After the track was converted into the site of both a Concours and a multi-acre car show stretching around the entirety of the circuit on Sunday, it was back to race action on Monday with each of the race groups having two races on the day. The runners once again included a significant variety of competitors, from pre-war Grand Prix machines to full fields of mid-century sports cars to Formula Fords.

Both on and off the track, the event had a strongly German presence as Porsche was the 2021 Festival’s Celebrated Marque. Between the display of select Porsches from the Steven Harris Collection to the exclusively air-cooled Porsche race group to the Porsche Taycan Pace Car, countless examples of both the history and the future of the brand were on display.

The finish of the Group 2: Fast and Frenetic Formula Ford fit the bill. Four cars within 1.2 seconds and Chris Fahan winning by 17 tenths in his 1981 Van Diemen RF-81. Photo: Bill Stoler

“Thank you to all the fans that came out today,” said Skip Barber as he addressed the crowd on the PA ahead of the afternoon races. “And, if you came out to the track yesterday when it was raining, thank you even more! We are already working on plans for next year and, while I can’t say what the weather will be, we certainly hope you come back and join us again for this very special weekend.”

Monday’s final checkered flag marked the end of the 2021 major event schedule at Lime Rock Park, but do visit http://www.limerockpark.com for news on the many opportunities to visit New England’s premier road racing facility again through the fall. 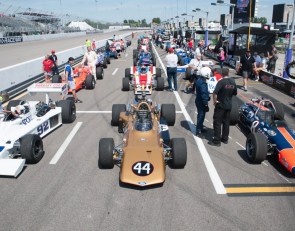 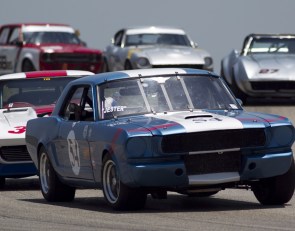 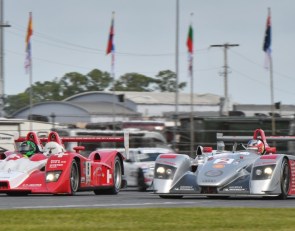