While it’s true that most racers (vintage or otherwise) are men, racing can be gender neutral. And there have been plenty of women who can compete with, and often beat, men in the sport. We’ve all heard of Denise McCluggage, Donna Mae Mims, and Pat Moss. But I’d be willing to bet that most of you don’t know Prudence Baxter.

Pru raced on the West Coast in the ’50s and ’60s, and she was as good as anyone on the track — and better than most. The site, “Racing Sports Cars” shows Pru with 41 events from 1958 through 1968. She finished first in 11 races and was on the podium 25 times. Her most notable accomplishment was winning the Pacific Coast Championship for H-Modified in 1963. (While some of the conflicts between various California car clubs had been settled by 1962, there were still two big championships run in1963. Bill Greer won the SCCA National HM Championship in his DKW-powered Zink Petite Mk II, while Pru Baxter took the Pacific Coast Championship in her OSCA-powered Lotus XI.)

In the days of amateur racing, it wasn’t unusual for the drivers/car owners to mingle with high society (or to be a part of high society). Pru and her husband, Scott Baxter were photographed as part of a Sports Illustrated fashion piece — long before the days of Sports Illustrated’s swim suit issues. (If you’re interested, Scott is sporting a Madras Plaid Jacket [$85, Sigel]. It’s made of breeze-weight eight-ounce Shetland. And they are watching a Sunday regatta at Belvedere’s own backyard lagoon. Belvedere is a tony neighborhood across Richardson Bay from Sausalito…)

Enough fashion. Time for one last pitch for H Mods, the featured race group at at Put-in-Bay’s 2021 Vintage Sports Car Races & Reunion. As of the end of August, there are just four H Mods registered — two Crosley-powered racers, and two Saab-powered cars — for the grand event on the Lake Erie island’s active airport. Looks like we are in for a “no holds barred, grudge match” between Saab and Crosley. 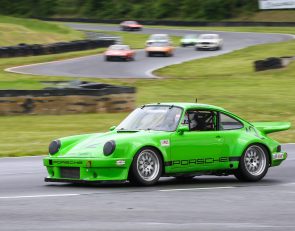 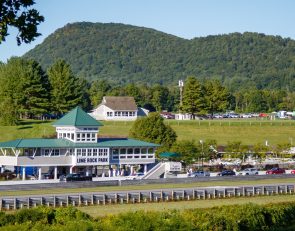 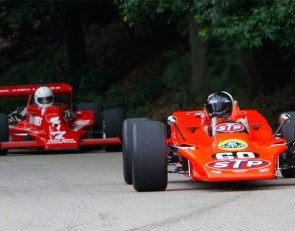