Five things to watch for at Lime Rock Historic Festival 39

Five things to watch for at Lime Rock Historic Festival 39

Now in its 39th edition, the Historic Festival and Sunday Concours in the Park promises to be one of the best yet. As usual at Lime Rock Park, racing takes place on Friday, Saturday and Monday, September 3, 4 and 6. Sunday’s Concours in the Park and Gathering of the Marques makes the Historic Festival unique in that one event combines both racing and a concours. The Gathering of the Marques itself is unique in that any car fitting into one of 27 eclectic categories can join in Sunday’s celebrations. Race Director Skip Barber tells us five things to watch for at this year’s event.

1. The Pre-War Cars
“It’s not big, but it’s a real honest-to-goodness list of pre-war cars,” says Barber, noting that it’s commonplace for early post-war cars like an MG TC to mix with genuine pre-war cars (made before 1940). This year, the field of 20 cars scheduled to race in the Historic Festival has been strictly limited.

2. Exclusive Air-Cooled Porsche Class
For the first time, air-cooled Porsches will get their own class. At present, the 33-car field includes a variety of 911s and 914s from between 1967 and 1986. Sunday’s Concours in the Park, presented by Porsche, also features an air-cooled Porsche class as well as the Steven Harris Collection of Porsche 911-based RS cars, plus a judged exhibit of 911s up to 1997 and 356s.

3. Special Guests
While a number of automotive luminaries can be spotted around the verdant grounds of Lime Rock Park during the Historic Festival, the 2021 edition features Brian Redman and Stefan Johansson as special guests.

Redman is a former winner at Lime Rock Park in the 1981 IMSA Camel GT race behind the wheel of a Chevrolet-powered Lola T600. Johansson drove to a podium result in the 2007 American Le Mans Series Northeast Grand Prix in a LMP2-class Acura ARX-01a.

4. 1950s & ’60s Sports Cars Galore
“We have an enormous number of sports cars from the 1950s and ’60s,” says Barber. “In fact, we have four separate run groups to capture all of the cars (with a few from the 1970s sprinkled in for good measure.)” Suffice it to say that if cars of this era are your cup of tea, you’ll have much to enjoy.

5. Monday Enduro Races
Adding something new is what keeps events like the Historic Festival vibrant and this year’s is no exception. This time around, the Festival will close with a pair of 40-minute enduro races, which as Barber notes will be a lot of laps around Lime Rock Park’s 1.5 miles. The races will include a mandatory pitstop and drivers can choose to go it alone or hand off to a second driver.

Calendar of events:
Thursday, Sept. 2, 2021
The Vintage Race Car & Sports Car Parade is a 17-mile tour through the local towns that winds back to Lime Rock Park

Saturday, Sept. 4, 2021
First day of racing along with Concessions and Swap Meet

Sunday, Sept. 5, 2021
Sunday in the Park Concours d’Elegance and Gathering of the Marques brings nearly 1,000 motorcars and motorcycles to the track. Food trucks and vendors are found throughout. Gates open at 7:00 a.m. Show cars must be in place by 9:30 a.m. 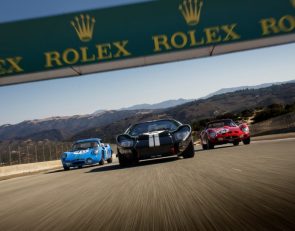