Roger Penske arriving at the 2020 Amelia Island Concours in a 1956 Porsche 550A Spyder. Photo: Robin Thompson

Chichester, West Sussex, ENGLAND — “The Captain” will not only preside over Goodwood’s July 8-11 Festival of Speed and its celebration of “The Maestros — Motorsport’s Great All-Rounders,” but will drive the event’s Hillclimb in the Porsche RS Spyder that won the 12 Hours of Sebring in 2008.

Also confirmed is the Pontiac Catalina honoring the car that Penske himself drove to a NASCAR victory at Riverside in 1963, as well as the 2008 Daytona 500 winner. Representing Team Penske’s foray into Formula 1 will be the Penske PC1 from 1975, the first car manufactured by Penske Cars UK, and the PC4, which won the 1976 Austrian Grand Prix driven by John Watson.

This year’s Festival of Speed isn’t Penske’s first visit to West Sussex: he raced at the Goodwood Motor Circuit in 1963, competing in the RAC Tourist Trophy, finishing eighth in a Ferrari 250 GTO entered by the legendary North American Racing Team.

“I have wonderful memories of racing at Goodwood in 1963 and am honored to be invited to return this summer,” Penske said. “I am very much looking forward to sharing in the celebrations with Goodwood’s fans as they return for the 2021 Festival of Speed.” 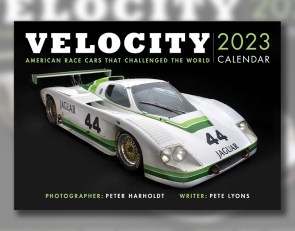