Jacksonville, FL — The latest installment in the Brumos Collection’s “Inside The 59” video series takes a look at an extremely rare pre-prototype 1985 Porsche 959, gifted by Dr. Wolfgang Porsche to 959 Project Chief Engineer Helmuth Bott.

Join the Brumos team  inside the shop as they conduct extensive maintenance and dyno testing on the treasured sports car — one of only six “Vorserienwagen” 959 prototypes built for extended road tests.

“When we run this car on a dyno, we’re able to simulate wind resistance or drag, as well as the force and friction of the wheels on the road,” Collections Manager Don Leatherwood explained. “The result is an accurate account of the torque and horsepower that this remarkable vehicle is able to achieve.”

Hailed as “the car that saved the 911 from extinction,” the 959 was envisioned as an advanced competition racer with new technology to be incorporated into street-legal driving. Commissioned as a special project by then-Chairman Peter Schutz and developed under Bott’s direction, the twin-turbocharged 959 earned international acclaim at that time as the most technologically advanced road-going sports car ever built. 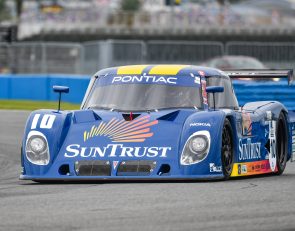 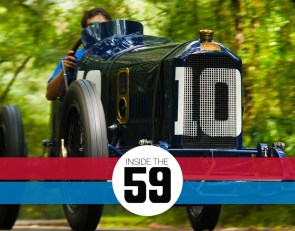