Chichester, West Sussex, ENGLAND — Looking toward the prospect of brighter days, Goodwood has announced dates for its three flagship motorsport events — the 78th Members’ Meeting, moved from the original April 10-11 to May 15-16; the Festival of Speed presented by Mastercard will take place July 8-11; and the Goodwood Revival September 17-19.

The Members’ Meeting, postponed from March 2020, will include the Gerry Marshall Trophy for Group 1 touring cars from 1970-81, and the S.F. Edge Trophy for Edwardian era monsters. The rally and many of the races that were originally planned for 2020 will go ahead, with two additional special demonstrations, star cars and drivers to be announced soon.

The Festival of Speed will celebrate 2020’s planned theme of “The Maestros — Motorsport’s Great All-Rounders,” featuring drivers, teams and manufacturers who have shown their true greatness by succeeding across a variety of motorsport disciplines. One of the confirmed special maestros attending is Mario Andretti.

The Goodwood Revival will again recreate the golden age of the Goodwood Motor Circuit between 1948 and 1966 — when legends including Stirling Moss, John Surtees, Jim Clark and Jackie Stewart were regular competitors. Expect to see some of the most beautiful and valuable cars of all time racing in the RAC TT Celebration, and for the newly-renamed Stirling Moss Memorial Trophy.

Tickets for all events go on sale Feb. 1. 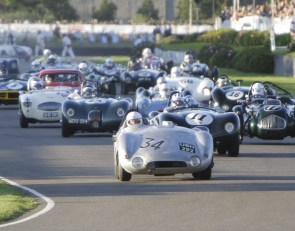