Jacksonville, FL — The meticulous piece-by-piece process of reviving an extremely rare 1925 Bugatti Type 35 race car is the subject of the newest installment of The Brumos Collection’s “Inside The 59” video series.

Originally owned by Manhattan socialite and Standard Oil heir Wallis Bird, the Type 35 was raced only once — 12 years after it was built — against competitors including Miller, Duesenberg, Alfa Romeo and other Bugattis in the 1937 Automobile Racing Club of American Grand Prix. Other than that race, the Bugatti sat alongside historic motorcars in the 27-car garage at Bird’s mansion. It was purchased by two other owners before being acquired by The Brumos Collection.

To recapture the Bugatti’s original qualities, an 11-month project focused on a much-needed servicing of the French race car’s jewel-like 2.0-liter inline eight-cylinder engine, according to Brumos Collection Executive Director Brandon Starks. Gaining access to the Type 35’s engine required the methodical and fastidious disassembly of the historic 95-year-old automobile.

The painstaking process of returning the Bugatti to its original beauty without the wholesale obliteration of its original character and components — known as a “sympathetic restoration” — involved arduous work both under the hood and throughout its chassis and exterior.

“We started with a plan for basic maintenance, but soon realized that the engine needed to be re-cylindered since it had some major oil leaks that had to be fixed,” said Brumos Collection Assistant Manager Aaron Israel. “Certain pieces of hardware needed to be corrected or re-machined to fit better. We also cleaned all the hardware to remove any rust or corrosion — critical to prevent decay and to preserve preserving history.”

The Bugatti’s stunning exterior now wears its correct light blue livery, thanks to the expertise of paint and autobody restoration specialist Terry Simmons. “During the disassembly process, we found traces of the car’s original color,” Starks explains. “Terry and his team were able to precisely match this color and finish, replicating how it must have looked when it was built in Molsheim.” 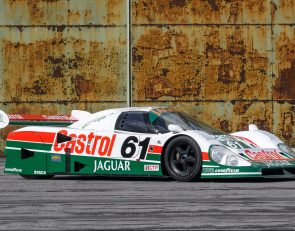 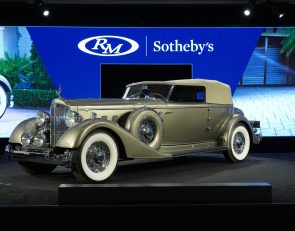