The car’s competition history includes Nuvolari’s win at the Coppa Principe di Piemonte in July 1932 and his run in the prestigious Klausenrennen hillclimb that year.

Among the concours’ record 93 entries were some of the greatest race cars of all time, including class winners that included a 1988 Porsche 962 and a 1974 Alfa Romeo Tipo 33 TT12 in the new Milestones of Endurance Racing classes.

Best of Show runner-up went to the famous Ferrari 166MM Touring Barchetta that won the Mille Miglia and Le Mans 24 Hours in 1949, while the 3rd-place award went to a rare right-hand-drive 1964 Ferrari 250 GT Lusso.

A 1960 Aston Martin DB4 GT that had been raced in historics earned the Duke of Marlborough car award while the Duke selected a 1939 AJS 2A for the motorcycle award.

The Chairman’s Award was presented to a Ford GT40 that was the fourth of only 31 MkI road cars built, and the first to be delivered to a private owner.

A quarter-century after the McLaren F1 won the Le Mans 24 Hours on its debut at La Sarthe, a class was dedicated to the Gordon Murray-designed hypercar; fittingly, a 1997 McLaren F1 GTR long-tail claimed the People’s Choice award. Chassis 28R was raced in the FIA GT Championship by GTC Gulf Team Davidoff and was the last of the F1 GTRs to be built.

Two legendary sports racing cars from the 1950s were honored with two of the judges’ special prizes. An ex-Equipe Nationale Belge Ferrari 500 TRC that won its class at Le Mans in 1957, and often campaigned in historic events by David Cottingham, won the Passione Corsa Award, while the Preservation Award was presented to a Jaguar D-Type. Chassis number XKD509 was raced in the United States when new, and is now a remarkably original survivor.

New this year was an award for Most Exceptional Design — named in honor of Sir Winston Churchill, born at Blenheim Palace. Judges selected a 1933 Lancia Astura Pinin Farina Cabriolet ‘Bocca’ — one of only a handful of cars that were styled by Mario Revelli di Beaumont for Lancia dealer Ernesto Bocca. The car also won the Most Elegant award. 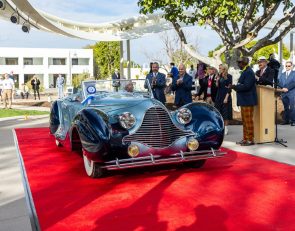 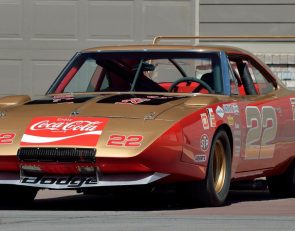