Jeddah, SAUDI ARABIA — Organizers of the Dakar Rally shared details about the 2021 route (based entirely in Saudi Arabia, but a different course than what was used in 2020), and also revealed that the event will include the Dakar Classic – a chance to pay homage to the event’s history.

In parallel with the main race, a test of consistency will be held for vehicles that took part in the Dakar or other major rally-raid events before the 2000s.

Organizers released this video with information about the format of the Dakar Classic and it includes plenty of vintage footage as well.

The event starts in Jeddah on Jan. 3 and concludes there on Jan. 15. We’ll share more details as they’re announced. 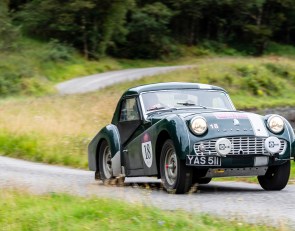