Lexington, OH — America’s Road Racing Series made its Mid-Ohio debut as part of its second season, with Jerry Titus winning in a Ford Mustang fielded by the legendary Carroll Shelby. Roger Penske took back-to-back victories in 1968-’69, with Mark Donohue and Ronnie Bucknum piloting his Chevrolet Camaros. Other winners during the Golden Years were George Follmer, who won for Bud Moore in a Mustang in both 1970 and ’71, and Milt Minter, who triumphed in a Herb Adams Pontiac Firebird in 1972.

The Trans Am Series Presented by Pirelli returns to Mid-Ohio this weekend, opening the track’s 2020 season to spectators — albeit on a limited basis — for the first time in two months. The race weekend is the longest continuously-running annual event at the motorsports facility.

Read more about the event’s history and drivers. 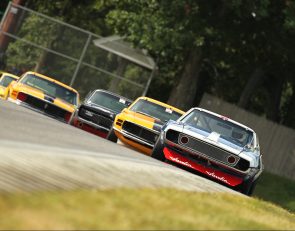