Watkins Glen, NY — After taking a break from competition last week, the Vintage Racer Group was back to its virtual series schedule June 2 with the Champions Grand Prix on the Watkins Glen International course.

“Darin Treakle took another win by a narrow 2.5 seconds over second place Ian Ditson,” said series chair Jim Karamanis. Spencer Patterson moved up one spots from his starting position to claim third. Treakle carries a commanding points lead into next week’s final round at Daytona International Raceway which will feature a special night session.

“Plans for season 2 are underway, and we’ll have an announcement soon,” Karamanis said. 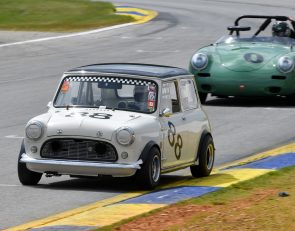