Sebring, Florida (29 February 2019)- The Trans Am Series prenseted by Pirelli will elevate its global coverage with live streaming video starting from the season opener at Sebring International Raceway on March 1.

Partnering with best-in-class global media technology leader NAGRA (the digital TV division of the Kudelski Group), Trans Am is rolling out a full-service digital media platform that will feature full live videos of Trans Am race events as well as select qualifying sessions. In combination with the Sportscar Vintage Racing Association (SVRA) a minimum of nine national Trans Am events will be live streamed, featuring both 100-mile races each weekend.

The move to bring the Trans Am action to an international audience in real time follows the series’ successful first phase of the digital roll-out last season in partnership with GreenLight.TV, which has been renewed ahead of 2020 to expand its programming platform. This move comes following the development of successful media partnerships with RACER and Sunday Group Management that debuted in 2019 and will continue in 2020 and beyond. 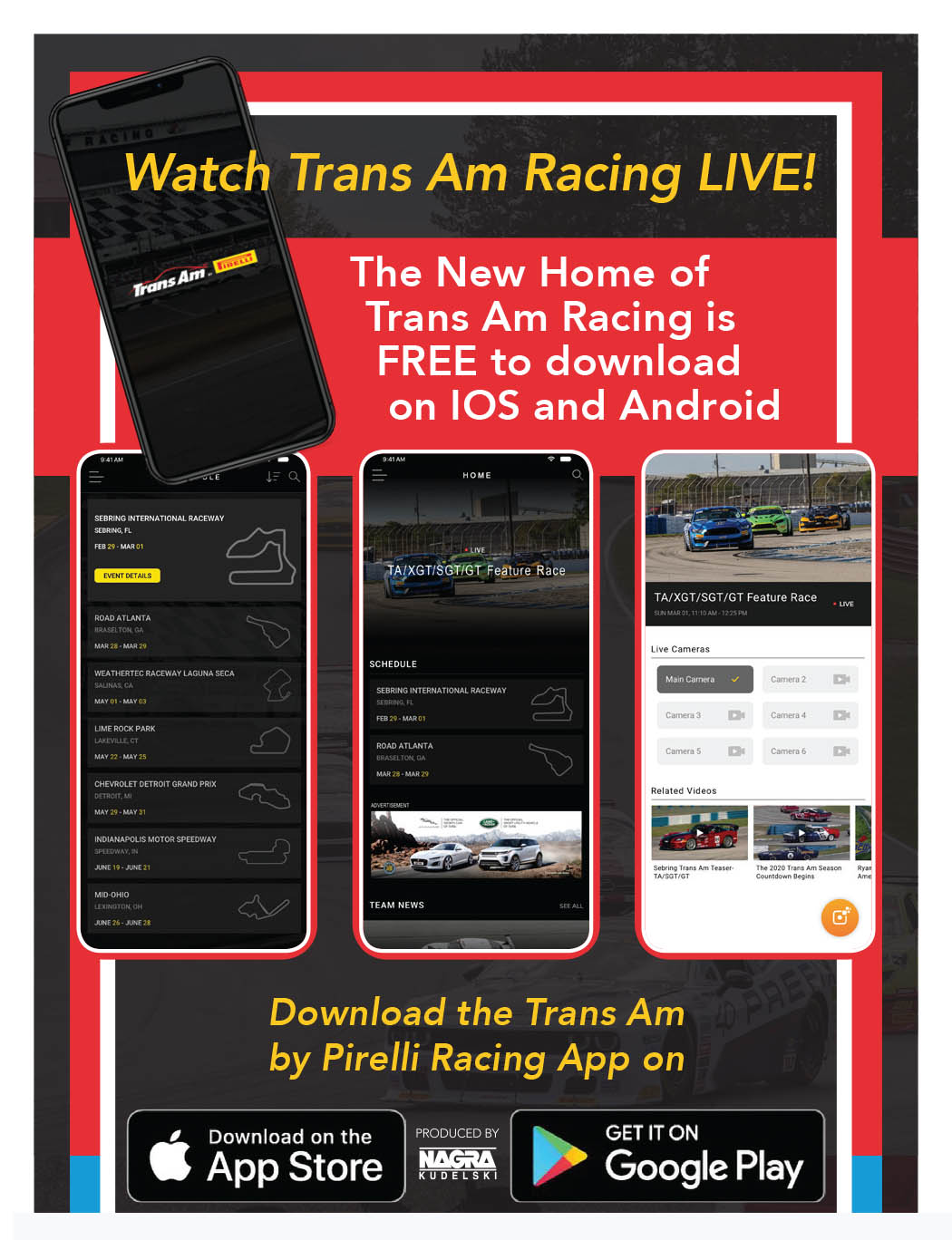 “Greenlight is delighted to renew its partnership with Trans Am for another three years and very excited, not only to continue to provide high quality post produced content, but also to be able to bring live coverage back into the equation,” said GreenLight.TV producer Lauren Roberts. “We look forward to developing this with Trans Am in the coming months and years.”

The announcement not only means that the series will be streamed, but the move to the new platform will also deploy several innovative and fan-focused features, including exclusive technology to watch from any camera angle as well as fully produced race streams by GreenLight with live commentary from Jonathan Green.

Fans will be taking part in a live trial of ground-breaking technology, providing fans, officials and sponsors with exciting new capabilities such as “Sporfie,” which that allows fans to become arm-chair directors, instantly capturing their preferred moments during the events and share them immediately via text or social media.

Additionally, the Video Assisted Referee (VAR) portion of the app will provide improved visual content for Trans Am stewarding and coaching staff to utilize visual evidence for rapid and well-informed decisions from race control with instant access to video.

The Trans Am by Pirelli Racing app is customizable for sponsors logo placement on live video streams, replays and even on the moments captured by fans. Additionally, banners can be placed within the app allowing for promotional clips prior to the live video stream. 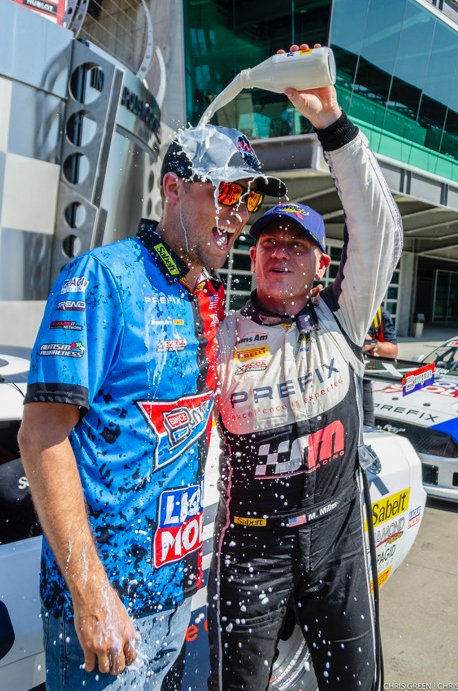 “As the media landscape is more polarized than ever around the top 50 sporting events and leagues worldwide, NAGRA’s cloud-based video content management technologies and services, combined with appropriate business models will enable Trans Am Race Company to deliver a new level of engagement to its fans equal to those at the highest level,” said Jean-Luc Jezouin, SVP Sales Development, NAGRA. “We’re delighted to be part of this new journey with SVRA and Trans Am.

The free trial of the Trans Am by Pirelli app will be available for download on IOS or Android on February 29.

“Our objective is to create the best mobile fan experience in the entirety of motorsports,” said Trans Am Company President John Clagett. “Through several exclusive technologies, our fans, both at the track and at home, will get an immersive race experience currently not available on the market today. Our fans can watch live races from any camera angle they choose including the produced version with full commentary and scoring graphics, and there will be hours of live streaming originating from the circuit.   It is far more than just race coverage.”

The adoption of the new platform marks another step in the continued resurgence for Trans Am, which is set to stage its 54th year of competition starting at the end of this month.

“This is a really exciting development for the series and I have to admit that I can’t wait to use this app,” said Clagett. “The ability for our fans to have this much access to our on-track product, and the chance to be their own race director, it is something that we are getting the opportunity to innovate with. Our stakeholders, fans, and racers are all looking forward to integrating this into our race weekend events.”

The GreenLight-produced video content utilized as part of a focus on social media growth in 2019 will continue into 2020.  A multitude of weekend highlights for Trans Am, Xtreme GT, Super GT and GT classes as well as driver interviews and weekend recaps proved to be well-received as the growing championship continued to develop audience growth.

The final leg of the multimedia package for Trans Am will include the Series’ terrestrial tv package with CBS Sports, which will continue with three one-hour year-end highlight shows. Races, air dates and times will be announced at a later date.

All creative content will also be supported by social media marketing, providing better brand recognition among a wider audience and more exposure for series competitors. Live streaming for Trans Am on non-shared SVRA race weekends is still in negotiations. For continued updates on the new Trans Am by Pirelli Racing media app, follow GoTransAm.com. 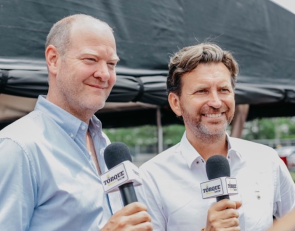 Chattanooga Festival live stream: The next best thing to being there ...