Argetsinger pursued a 47-year career as a professional road racing driver until his health failed last fall. He achieved success on the world’s major courses, initially in Europe and then in the U.S. and South America. Starting with Formula Ford racing in Germany, he eventually won the British Championship of this series, moving to Formula 3, sports cars, sedans, as well as IMSA and Daytona prototypes. Up until his final days, he was sought after for the 2020 season as a driver and coach.

Well-known in racing circles here and abroad, Argetsinger was inducted into the Road Racing Drivers’ Association, and served on the governing council of the International Motor Racing Research Center in Watkins Glen. Based on his extensive knowledge and experience, he was asked to design several race tracks.

Born to Cameron and Jean Argetsinger, he was exposed to racing at an early age after his father organized the Watkins Glen Grand Prix races. In 2011, he was inducted into the Watkins Glen Drivers Walk of Fame. 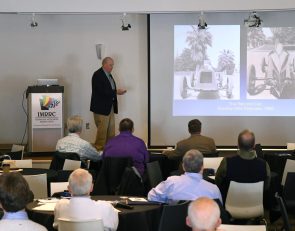