More "Up, Up and Away" from VM's Nov/Dec Issue

More "Up, Up and Away" from VM's Nov/Dec Issue

Beautiful Beast — Read all about this car and much more in Charles B. Camp’s informative and entertaining feature story “Up, Up And Away—U.S. Hillclimbing’s Heyday” in Vintage Motorsport’s 19.6 Nov/Dec issue. Purchase the issue or subscribe at vintagemotorsport.com.

Not many race cars survive 110 years, let alone ones that were as busy as the ex-Harry Grant ALCO. Between 1909 and 1911, the machine seen here in the hands of its current owner, Howard Kroplick, twice won the Vanderbilt Cup, America’s premier road race; twice won its class in the Dead Horse Hill climb; won several track races, and raced in the very first Indianapolis 500.

No wonder that in 1910, Grant decided to change its color from light gray to black and name it “la Bete Noire,” French for “the Black Beast.” It truly was an anathema to his rivals. He and riding mechanic Frank Lee also began wearing black sweaters when racing it.

Grant last raced it at Elgin, Illinois, in 1911, after which the American Locomotive Company, which made ALCOs, quit the sport. By 1913, the company had lost so much money on just 1,000 cars in seven years that it stopped that, too, refocusing on steam engines.

Grant, known for cool, consistent driving, briefly retired in 1912, then resumed racing other makes until 1915. Late that year he lost his life on a board track in New York. In the late 1960s, the Black Beast was discovered in an Ohio barn and restored. Various collectors owned it until 2008, when Kroplick bought it from a European dealer.

Today the ALCO is Kroplick’s passion. A retired entrepreneur and professional historian, he is an authority on the Vanderbilt Cup (vanderbiltcupraces.com). He displays the Beast often and it has won countless awards. But his big kick is simply driving it – as in the 2015 re-enactment of the Port Jefferson Hill Climb, shown here.

The Beast also participated in the 100th anniversary celebration of the Indy 500 in 2011, with Emerson Fittipaldi driving and Kroplick as riding mechanic. Then in 2012 Kroplick had a chance to cut six laps himself at Indy at about 70mph. “It feels like you’re going over 100,” he recalls. “The wind is hitting you, everything is rattling, the engine is going crazy.  I was exhausted after 15 miles. I can’t imagine doing 300 miles in that car.” (Grant did 278 in the Vanderbilt.)

But then, maybe that’s why Grant called it a beast. 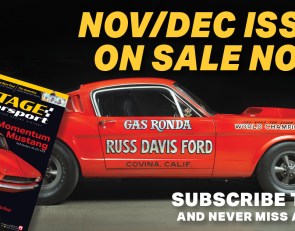