Chattanooga, TN  — The GM Heritage Center, the National Corvette Museum and the Revs Institute are all sending significant Corvettes for a display at the Oct. 11-13 Chattanooga MotorCar Festival.

“America’s sports car” will be represented at the inaugural festival on the Tennessee Riverfront, presented by the DeFoor brothers and sponsored by Volkswagen of America, Inc.

The array of the world’s most important Corvettes will include a 1953 Corvette, one of just 300 units that were hand-built that first year; the iconic 1963 Corvette Stingray Z06 Split-Window Coupe; the 1972 Chevrolet Reynolds Aluminum Mid-Engine Corvette XP-895; the 1959 Corvette Stingray Prototype that saved the Corvette for all time; and the 1963 Corvette Grand Sport, the fourth of just five built.

Other significant Corvettes to be shown are the 1969 Chevrolet Manta Ray Corvette Concept; the 2009 50th Anniversary “Centennial Corvette” and the newest car in the fleet, the 2020 C8 — the first production mid-engine Corvette.

“The Corvette’s background is a story worth retelling,” said Ken Gross, award-winning automotive journalist, and the Festival’s Concours Committee Chairman.

Get the schedule of autograph sessions with some of your favorites from motorsports, including event Grand Marshal Brian Redman, VM columnist Burt Levy, author David Hobbs and many others. 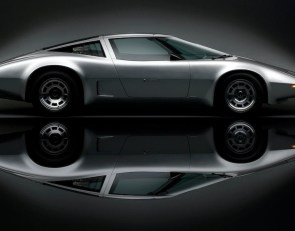