St. James is a seven-time starter in the Indianapolis 500 and the event’s 1992 Rookie of the Year, as well as being an accomplished road racer, two-time competitor in the 24 Hours of Le Mans, and six-time winner of IMSA GT events, in which she started in 62 races.

Her 1985 GT victory at Watkins Glen remains the only time a woman won in that series driving solo. She raced in the 12 Hours of Sebring nine times, winning the GTO class in 1990, and was a two-time winner in the GTO Class at the 24 Hours of Daytona.

She has held 31 international and national closed-circuit speed records and is a member of the Florida Sports Hall of Fame and the SCCA Hall of Fame. She was named one of the Top 100 Women Athletes of the Century by Sports Illustrated for Women. 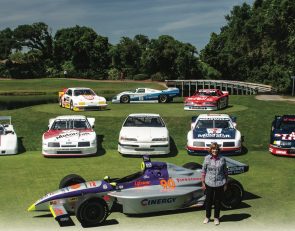