Los Angeles, CA — The Petersen Museum will honor the life of the woman who died in an  Aug. 27 crash while attempting to set another land-speed record. Jessi Combs: Life at Full Speed  opens Sunday (Sept. 22) and runs through Wednesday, Sept. 25.

Born in the Black Hills of South Dakota, Combs established a career path in fabrication early in life, earning a degree in Custom Automotive Fabrication at WyoTech, debuting her first custom project at Specialty Equipment Marketing Association’s show in 2004. Combs’ unique skill set and personality led her to many host appearances on television shows which she used to gain experience but also to further define her identity as a metal fabricator, builder, industrial artist and driver.

As a racer, Combs competed in endurance challenges such as the Baja 1000, the all-women’s Rallye Aicha des Gazelles and became the first female to ever place at Ultra4’s King of the Hammers, achieving a class win in 2014. In 2013, Combs became the fastest woman on four wheels with the North American Eagle Supersonic Speed Challenger, holding a record of 398 mph with a top speed of 483.227 mph.

Throughout her life Combs sought to explore the relationship between women and machine, as a means to continually push and break stereotypical boundaries. As one of the few prominent female fabricators of her era, she endeavored to create programs and safe spaces that encouraged education and dialog about the industrial arts for women.

The Petersen exhibit will continue that effort and will launch the Jessi Combs Foundation to educate, inspire and empower the next generation of female trailblazers and stereotype-breakers. 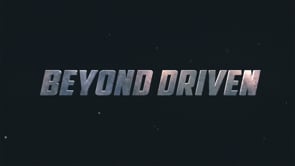