Lakeville, CT — One week from today (Aug. 29), the 37th occasion of the Lime Rock Historic Festival will get underway with the Vintage Race Car & Sports Car Parade, followed by three days of authentic vintage car racing and the Sunday in the Park Concours, all overseen by Honored Guest Luigi Chinetti Jr.

More than 200 cars are already registered in nine race groups:

Practice and qualifying are on Friday, Aug. 30, with full days of racing on Aug. 31 and Sept. 2. Get the full weekend schedule, including races.

The annual Saturday Night Dinner and a Panel will pay tribute to the 50th anniversary of Formula Ford. Panelists will include Vintage Motorsport Executive Publisher and RACER Founder/President/CEO Paul Pfanner; Steve Nickless, author of The Anatomy & Development of the Formula Ford Race Car; well-known motorsports author Gordon Kirby; and drivers from the early days of Formula Ford.

Then on Sept. 1, the Sunday in the Park Concours d’Elegance and Gathering of the Marques will bring nearly 1,000 motorcars and motorcycles to the track. Get the entrant list.

Naturally, Vintage Motorsport and RACER will be at the entire event — with a booth in the vendor midway and a special combo subscription rate of $60 (U.S. 1 year). And any new or renewal subscription comes with a free 2019 VM T-Shirt commemorating 50 years of IMSA (retail value $20).

VM columnist Burt Levy will be covering the event for the magazine and will also be in his usual spot on the store deck with the new audiobook of The Last Open Road, the first in the book’s six-novel series about the adventures of 19-year-old New Jersey gas station mechanic Buddy Palumbo in the world of open-road sports car racing during the 1950s. Listen to excerpts from Chapters 1 and 2. 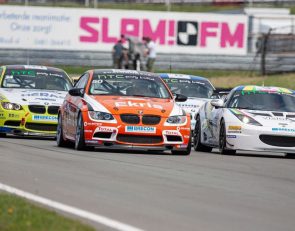 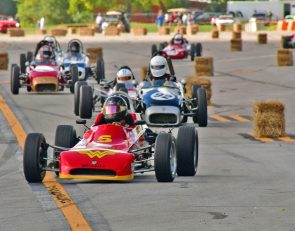