In the past eight years, RMVR has raised over $1 million for the foundation to support pediatric cancer research studies.

There are already 120 entries; that total will certainly rise before registration closes at midnight Aug. 7.

The featured Formula Ford 50th anniversary grid promises both vintage and contemporary cars representing almost five decades of the series; race organizers are hoping to surpass the 40 FFs that came to 2018’s race.

And the popular Ticket To Ride program — a three-lap ride around the track in a race car or high performance sports car — is back during the lunch break on both Saturday and Sunday with all proceeds going to the Morgan Adams Foundation. If a ride at speed in a race car is a bit daunting, new this year are Track Tours over the lunch break on both days.

For $25, take your personal car for three slow laps around the complete circuit (at modest street speeds controlled by a pace car) to see what the racers see, but at modest speeds.

Get all the event details. 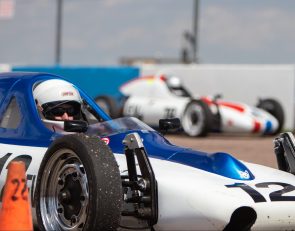 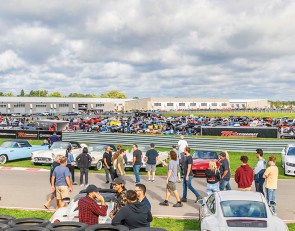