Walworth, WI — Dana Mecum’s 32nd Original Spring Classic auction reached an all-time Indy-auction high with more than $70.4 million in total sales. With a consignment list of headline-worthy cars, the auction saw a total of 1,189 vehicles hammer sold May 14-19 at the Indiana State Fairgrounds in Indianapolis. 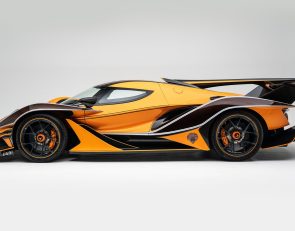