Cook began a lifetime career in the British car industry in 1958, working on every major marque including Triumph, MG, Jaguar, Land Rover, Rover and Austin-Healey. Serving in both advertising and publicist roles, he managed press around numerous new car launches and oversaw publicity for the competitive racing program featuring the legendary Group 44 of Bob Tullius. He also raced a TR3, Spitfire, TR7 and TR8 in Sports Car Club of America events.
After retiring in 1991, Cook began a second phase of his career as a freelance automotive writer, editor and consultant. A born storyteller, he was the editor of automotive club magazines Jaguar Journal and The Vintage Triumph, as well as a contributor to Triumph World and a columnist for Hemmings Sports & Exotic Car.
Cook authored three books — The Triumph Spitfire (1981), The Illustrated Jaguar Buyers Guide (1997) and Triumph Cars In America (2001) — and updated John Dugdale’s Jaguar in America: The Continuing Story Into the 21st Century. A 2017 inductee into the British Sports Car Hall of Fame, he also served as corporate archivist for the Land Rover North American Archives.
A celebration of his life is planned for Spring 2019. 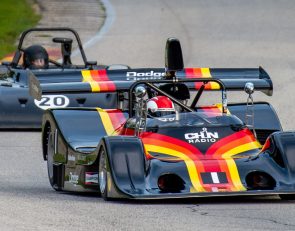 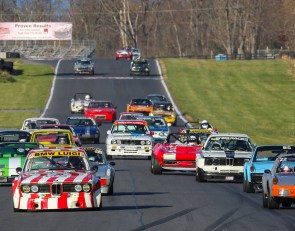 Photos: Friday and Saturday at the VRG Turkey Bowl