INDIANAPOLIS – Bill Puterbaugh, the 1975 Indianapolis 500 Rookie of the Year, passed away Monday, Oct. 9 at his home on the west side of Indianapolis. He was 81.

Puterbaugh, who was originally from Roxana, Illinois, and raced out of the St. Louis area for several years until moving to Indianapolis in the late 1960s, made three consecutive Indianapolis 500 starts from 1975-77. He was very proud of the fact that he never dropped out of one.

After placing 7th as a rookie in the rain-shortened 1975 race, he was flagged off 22nd in another rain-shortened race in 1976 and was running at the finish in 1977 to place 12th. In 1975, he was honored by the American Dairy Association for being the fastest rookie qualifier, winning an award which debuted that year and continues to this day.

Puterbaugh had 30 starts in United States Auto Club (USAC) National Championship competition between 1966 and 1979 and scored 11 top-10 finishes, including one each in the 500-Mile races in 1975 at Indianapolis and Pocono and in 1976 at Ontario, California.

An oval track specialist, Puterbaugh ranked within the top 10 drivers in four different seasons in the 1970s for what later became the USAC Silver Crown series, finishing third behind Mario Andretti and Al Unser in 1973 in the Springfield (Illinois) 100-mile event and second to Bill Vukovich II in 1979 at Du Quoin, Illinois.

Puterbaugh is survived by his wife, Joyce, and sons, Russell and Billy, the later having followed in his father’s footsteps as a sprint car driver. 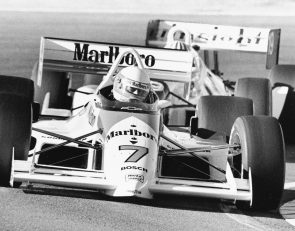 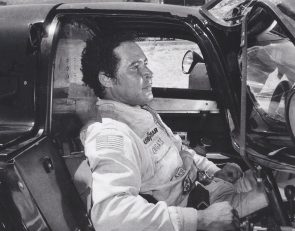 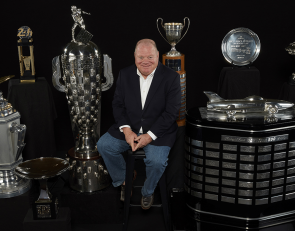