Boca Raton, FL — Syd Silverman, owner and chairman of Vintage Motorsport from 1990-2012, and a staunch supporter and participant in the preservation, presentation and celebration of motorsports and its history for nearly four decades, died of a sudden illness Sunday, Aug. 27 in Boca Raton, FL. He was 85.

A publishing veteran, at the helm of his family’s business, the entertainment trade newspapers Variety and Daily Variety from 1957-1987, he steered “the bible of showbiz” founded in 1905 by his grandfather Sime Silverman to prosperity through the revolutions and turmoil of cable and pay TV, independent films, TV syndication, satellite TV, home video and digital media. He engineered the sale of the publications to Cahners Publishing in 1987. Variety Inc. is now owned by Penske Media Corp., headed by Roger Penske’s son Jay.

Though his profession was publishing, his passion was automobile racing. A lifelong sports car enthusiast, his life after the Variety sale focused on collector cars, historic auto racing and Vintage Motorsport, which he acquired from founder Ford Heacock III in 1990. He applied his publishing acumen and considerable resources to steward Vintage Motorsport into the leading magazine in the historic racing marketplace.

Silverman had the car bug from an early age, working summers as a teenager as a gas jockey/grease monkey at a local garage in his hometown Harrison, NY. His affinity for British sports and racing cars was spurred by his first sight of a yellow and black Allard J2X in a New York showroom that stopped him in his tracks.

He was one of the few underclassmen at Princeton University (1950-54) allowed to have a car on campus. As the orphaned owner of Variety at 18, he had to oversee final printing and press check every Tuesday night at a plant in the Bronx, NY, some 65 miles distant. He regularly attended the road races at Watkins Glen beginning in 1952, and shipped his Jaguar XK 120 coupe to Europe in 1954 for his honeymoon with his late first wife, Jan McNally Silverman, who died in 1997. Following military service as a U.S. Army 2nd Lieutenant in Germany, he focused on raising four children and expanding the family business for the next 30 years. His MG TD gave way to station wagons and commuter cars.

Silverman rekindled his love of sports cars and road racing in the mid-1970s at Ferrari club track days at Lime Rock and Watkins Glen, and purchased his first vintage race car, a Hemi-powered 1953 Allard J2X, in 1978. After selling Variety Inc. in 1987, he turned his attention to expanding and utilizing his growing collection of vintage race cars. He campaigned across the U.S. in vintage marques such as Austin-Healey, Allard, AC, Ferrari, Jaguar, Kurtis, MG, Sunbeam and most notably Lister, the dominant British sports racers of the late 1950s. At one point he owned six Listers, powered by Jaguar, Chevrolet and Maserati engines.

His passion for historic Motorsport wasn’t limited to merely racing his collection. A staunch supporter of the Sportscar Vintage Racing Assn., he organized two Allard reunions (1982, 1985) and a pair of Lister reunions (1992, 1994) for the sanctioning body. He was a principal investor and board member of SVRA from 1990-97.

A strong supporter of the International Motor Racing Research Center at Watkins Glen, he donated his restored 1967 Jaguar E-Type coupe for its annual fundraising raffle in 2006, which raised a record $90,000. He served as a member of the IMRRC’s Council from 1999-2013 and served as Council Chairman from 2005-2013.

After three decades of wheel-to-wheel competition and an exemplary safety record, Silverman hung up his helmet at the end of the 2007 season, at the SVRA finale at Road Atlanta. He sold controlling interest in Vintage Motorsport to his son, Michael — also a longtime vintage racer — in 2012.

In lieu of flowers, donations in his name may be made to the non-profit International Motor Racing Research Center, 610 S. Decatur St., Watkins Glen, NY 14891-1613
or visit: www.racingarchives.org. 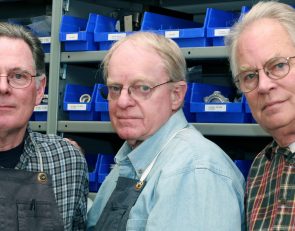